This Boozy Banana Dole Whip is an adult version of the famous Disney Dole Whip. With the addition of bananas, brandy soaked pineapples, coconut and alcohol, this spiked Dole Whip recipe is a tropical paradise for your taste buds! 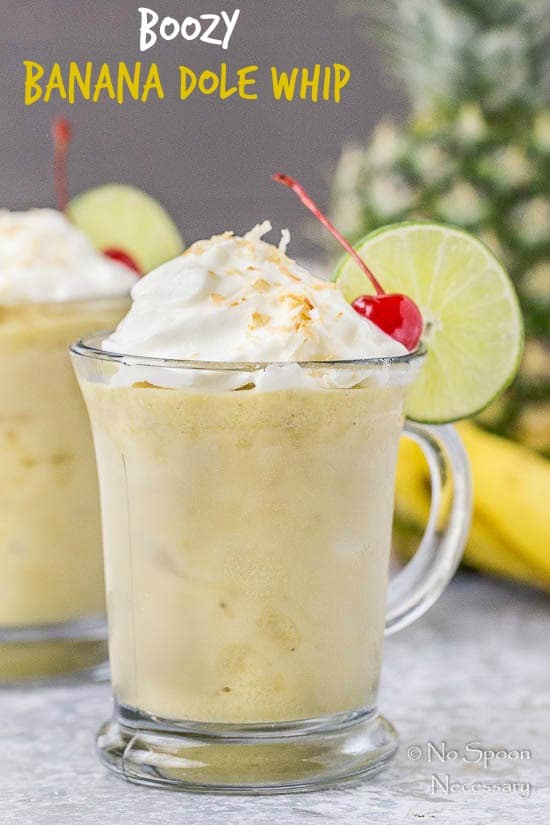 Hi friends! I hope you had a wonderful Memorial weekend. Hopefully you were able to get outside and enjoy the summer sun.

Since the work week after a long holiday weekend is always brutal, I figured you may be in need of a strong, boozy frozen treat. And, I’m here to deliver! 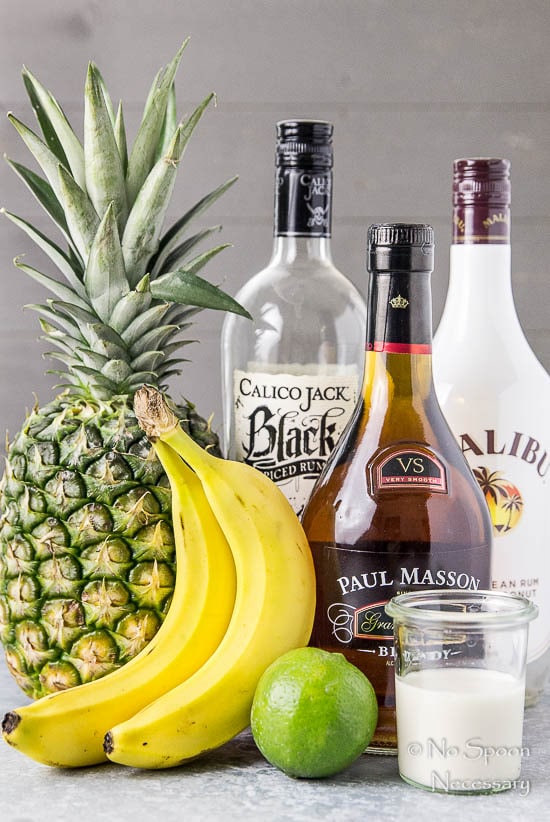 About this dole whip recipe

Have you guys ever had the Dole Whip from the Magic Kingdom at Disney? If you have, you know the Dole Whip is magically delicious.

And if you haven’t, well, don’t fret. The Dole Whip is simply a pineapple flavored soft serve. It’s incredibly tasty and highly addictive. But, I’ve always wondered why Disney doesn’t sell an adult version… I mean, if you have been to Disney, you know a touch of booze would be a welcome addition. It certainly would make waiting in line for over an hour for a ride a bit more bearable.

With the weather heating up, I figured now would be the perfect time to do the Dole Whip a solid and put an adult only spin on their famous and fabulous frozen treat. 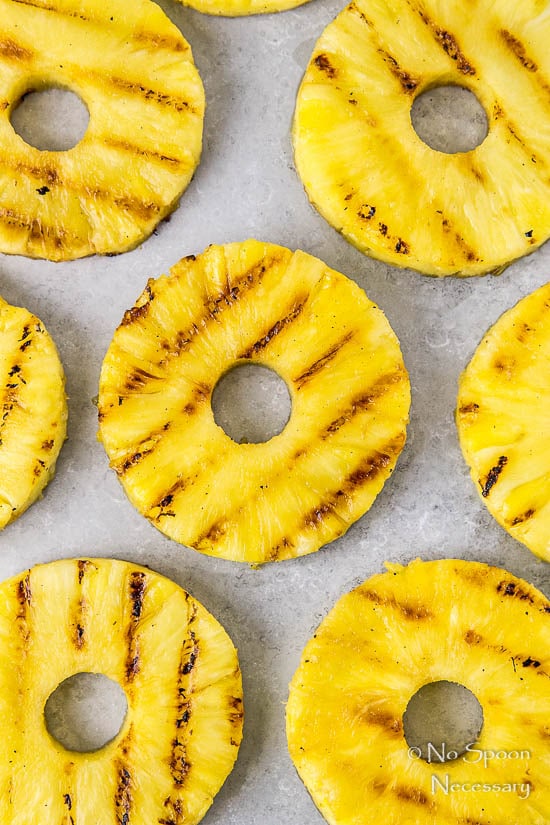 This Dole Whip isn’t simply a re-creation of the Disney treat with a boozy touch. Since I was already going to add alcohol, I figured why not also spruce it up with a bit more flavor while I was at it. So I decided banana and coconut should also be welcomed to the pineapple soft serve party. I also opted to soak the pineapple in brandy and grill it, because why the heck not? Summer is made for grilling.

Honestly, those additions were the best decision ever, because this boozy banana dole whip is a tropical paradise for your taste buds.

This dole whip is refreshing and a perfect mix of sweet, tangy and tart. Thick, creamy, smooth and boozy with notes of pineapple and banana and a subtle hint of coconut, this frozen treat is going to become your go-to delight and the best way cool off this summer. 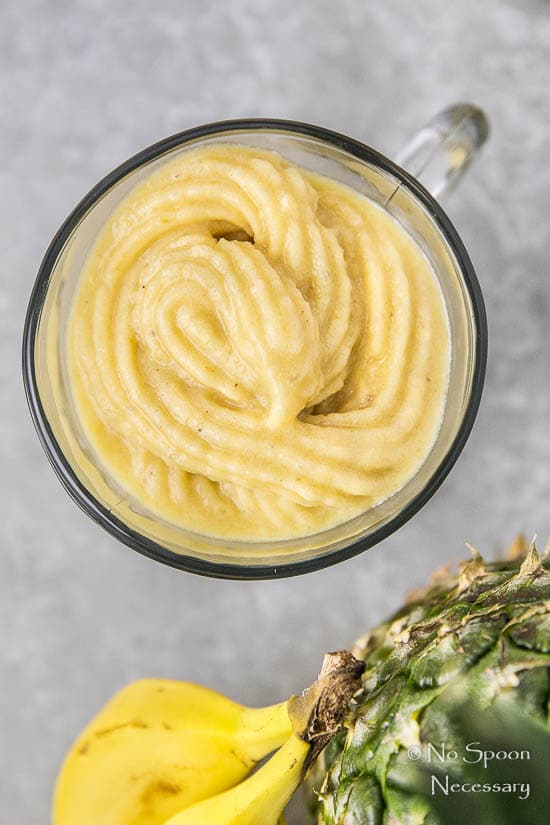 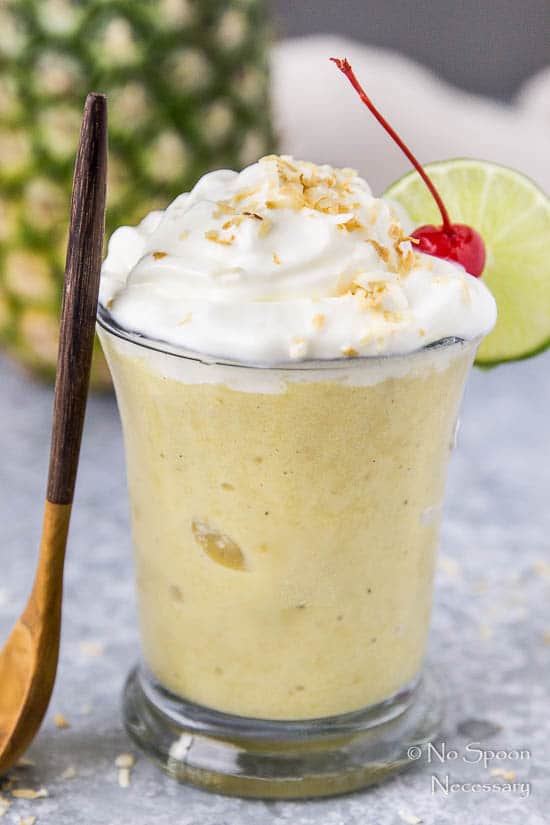 Beat the heat and make your house the happiest place on earth with this Boozy Banana Dole Whip! Until next week friends, cheers! To bringing the tropics to your taste buds!

If you love this copycat recipe, try one of these fun recipes at your next cocktail hour: 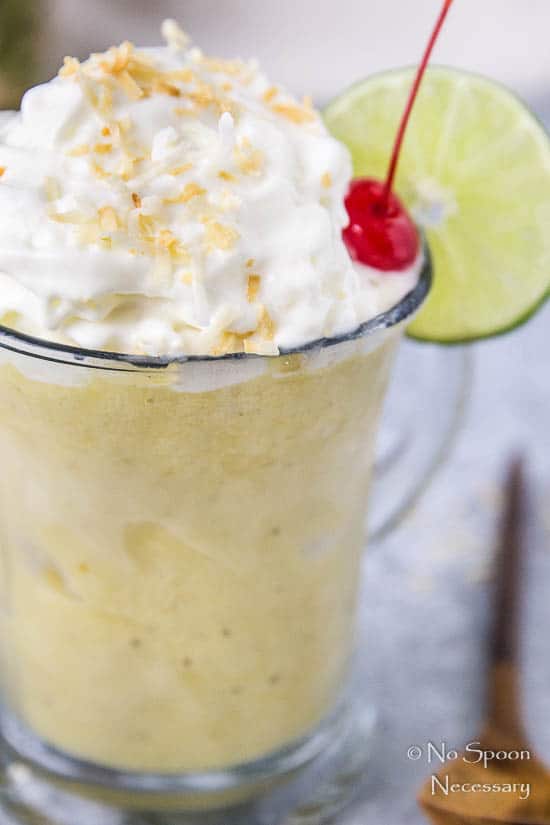 How to make dole whip with alcohol!👇 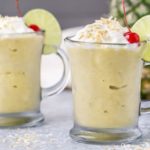 *Yield: 4 Cups
*You only need 4 cups of the pineapple for this recipe. Eat the rest!
*To freeze pineapple and banana faster, place it on a sheet pan in a single layer.
*Boozy Banana Dole Whip will keep in the freezer for up to 3 months. Allow to sit at room temperature for a few minutes before serving.
*To toast coconut: Place desired amount of shredded coconut in a large, dry skillet. Cook over medium heat, stirring frequently until coconut is toasted and mostly golden brown. Sweetened coconut will brown fasted than un-sweetened coconut. *Nutritional information does not include optional toppings. 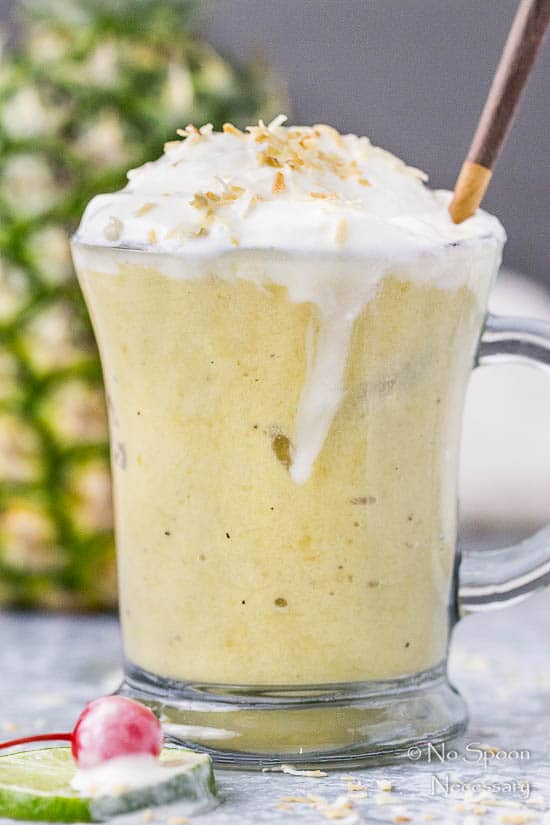 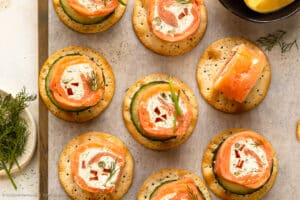 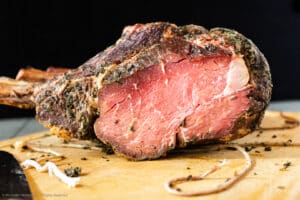 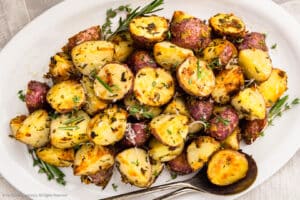 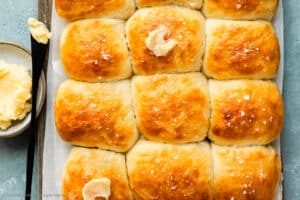 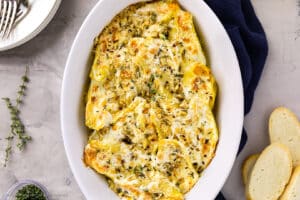 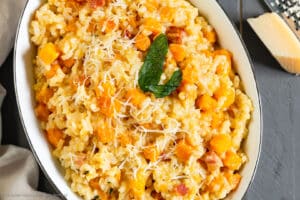 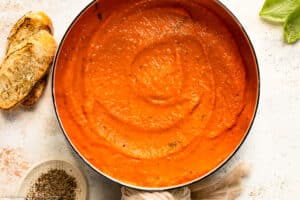 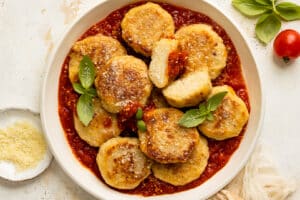