Mouthwateringly delicious – these Belgian Pecan Waffles are sweet, savory and rich with flavor! They’re light as air on the inside with the perfect crisp exterior. The addition of pecans lends a nutty, warm flavor and slight crunch, while the banana foster topping takes this pecan waffle recipe right over the top! This is a stack of waffles you soon won’t forget! 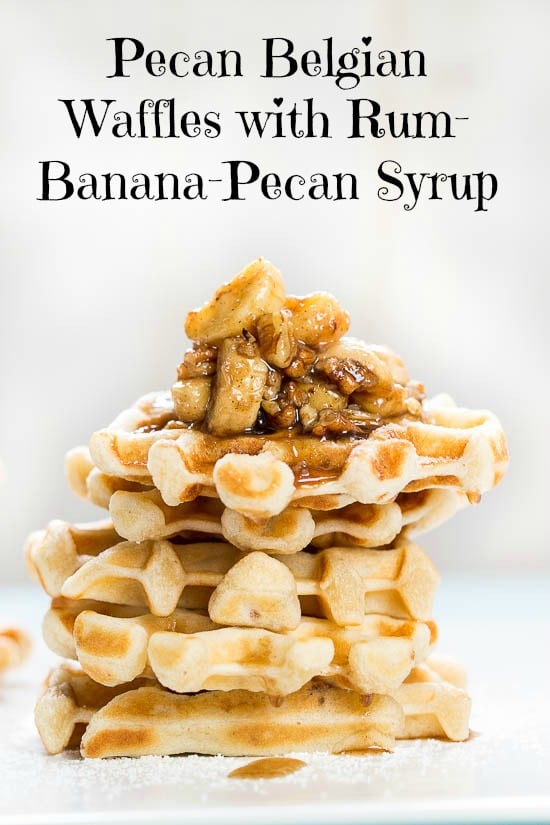 About these Belgian Pecan Waffles

I have decided I want to live my life with these pecan waffles. Daily. In abundance.

And the syrup? Oh. My. Gawd. The syrup! Sticky, sweet, a little rummy, a tad crunchy… this syrup means serious business people. The bananas are soft and creamy (but not mushy!), creating the perfect combination of textures.

I want to take twice daily baths in a tub full of the caramelized rum banana-pecan syrup. It is that magically delicious.

What better way to start the day than with a delectable HUGE stack of crisp and tender, perfectly cooked, golden buttermilk Belgian waffles — covered, smothered, and dripping in syrup — with bananas and pecans perched on top. 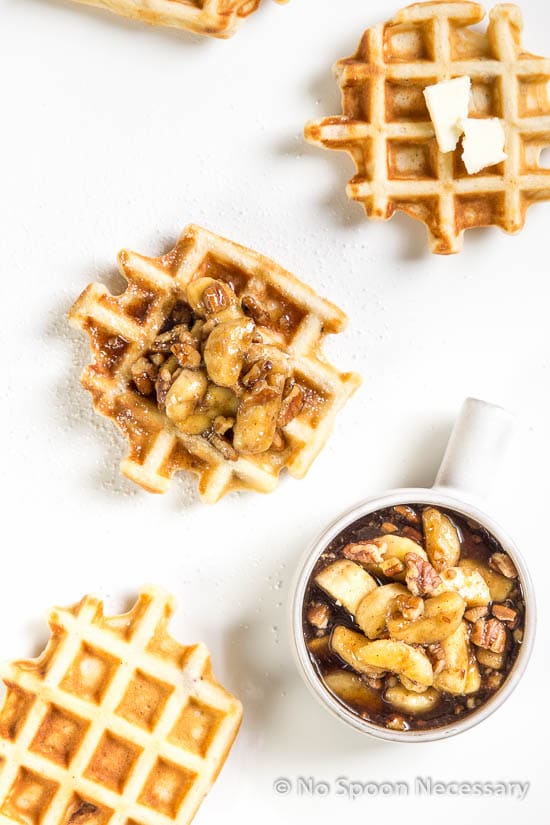 What are Belgian waffles?

Belgian waffles are thicker versions of traditional waffles that are crispy on the outside and extra fluffy on the inside.

They also have extra-deep pockets on the surface, perfect for holding plenty of whatever toppings you crave!

Obviously, you’ll need to start with a giant batch of buttermilk Belgian waffles. All you need are some basic pantry ingredients — flour, sugar, vanilla, baking powder, cornstarch, vegetable oil, and a pinch of salt — plus a few extras listed below to give them their incredible flavor! 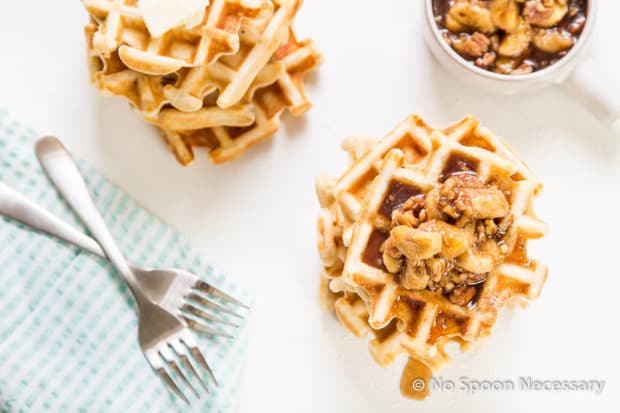 How to make pecan waffles?

If you’re a master at multitasking, you can easily have your buttermilk Belgian waffles and banana rum syrup ready at the same time.

Not as proficient in the kitchen? I’ve got you covered! Focus on making the pecan waffles first, then whip up the syrup topping while they stay warm in the oven.

While you work on the waffles, make the Caramelized Rum Bananas: 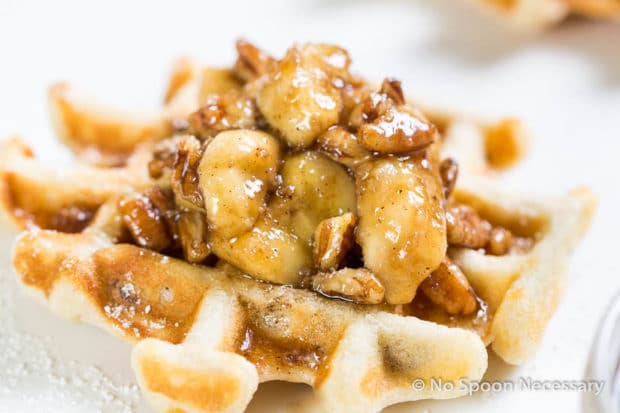 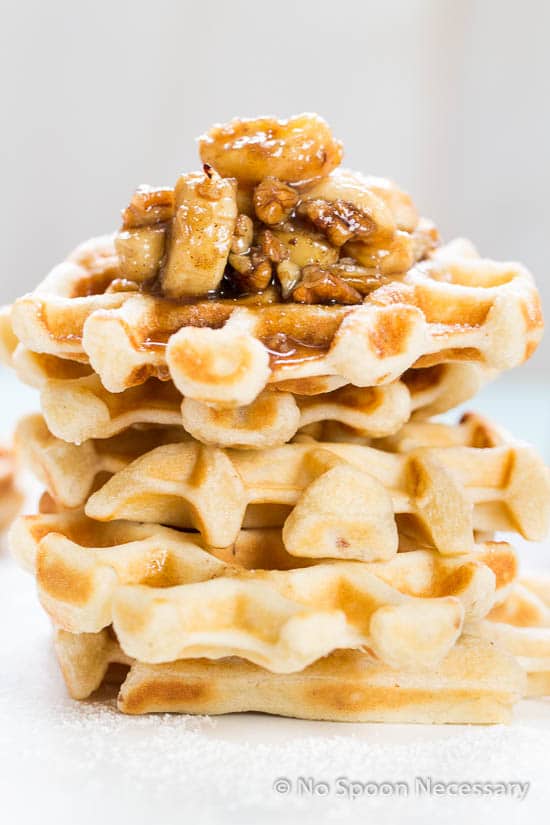 What’s the difference between a Belgian waffle and a regular waffle?

Belgian waffles are much thicker than American waffles, with a lighter batter and larger, deeper square pockets to hold a variety of tasty toppings.

Traditionally, yeast was used to leaven the batter, but a combination of buttermilk and baking powder works just as well (and works faster too).

Can I double this pecan waffles recipe?

Not only is the answer yes, but you’re going to want to! These pecan banana waffles will disappear in a flash, so having extra servings means you’ll be more willing to share.

Make a larger batch to munch on throughout the day or have plenty for a weekend brunch with friends and family. Just be prepared for everyone to ask you for the recipe 😉

Why are my waffles chewy?

You probably over-mixed the batter. Overproduction of gluten means dense, chewy waffles. Be sure to follow the tips listed further up in the post for perfect banana nut waffles every time! 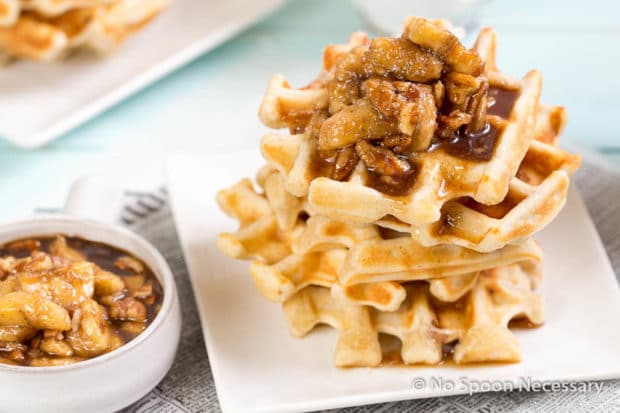 Have any extra bowl of your Caramelized Rum Banana Syrup handy — if you don’t need it for the waffles, you can just eat it with a spoon!

Want a full brunch spread? You can’t go wrong with some fresh, seasonal fruit and a platter of bacon or sausages.

I’m not sure how you managed leftovers, but that’s ok — it happens to the best of us.

Once cooled, store the waffles and syrup in separate airtight containers and refrigerate for 2-3 days. Reheat waffles in a toaster oven to crisp them back up, and warm the syrup on the stove.

Can you freeze banana nut waffles?

Absolutely! Arrange leftover waffles in a single layer on a sheet pan and freeze until solid (about an hour). This keeps them from sticking together when stored.

Transfer to a freezer bag or airtight container. They’ll keep in the freezer for up to 3 months! Thaw in the refrigerator or on the counter before reheating.

Whip up a fresh batch of banana rum syrup, then dig right in! 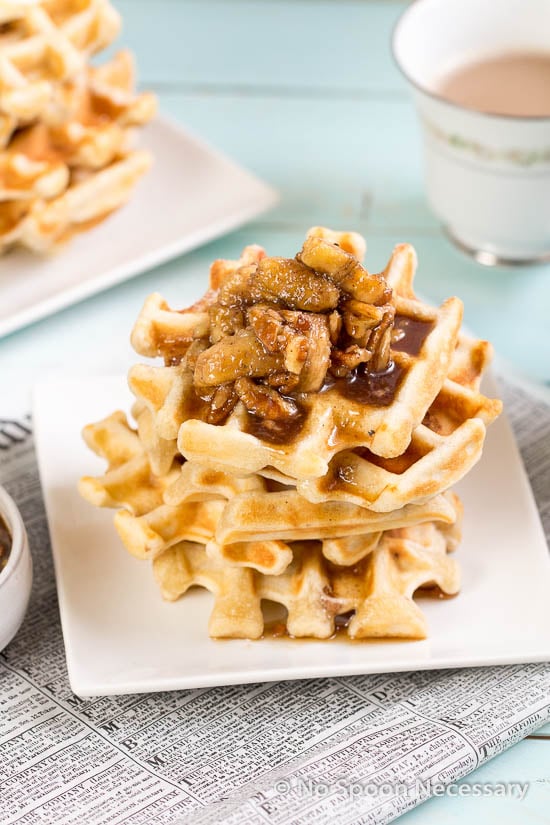 Now my tummy is rumbling and yelling “feeeeeeeed ME!” So with that, my friends, I must bid you adieu.

Scroll down, hit print, and join me in devouring life-altering greatness, known as these Belgian Pecan Waffles. And do not forget the Caramelized Rum Banana-Pecan Syrup. In fact, make extra because you will want some to swim in. 🙂

Until next time, cheers and happy waffling! 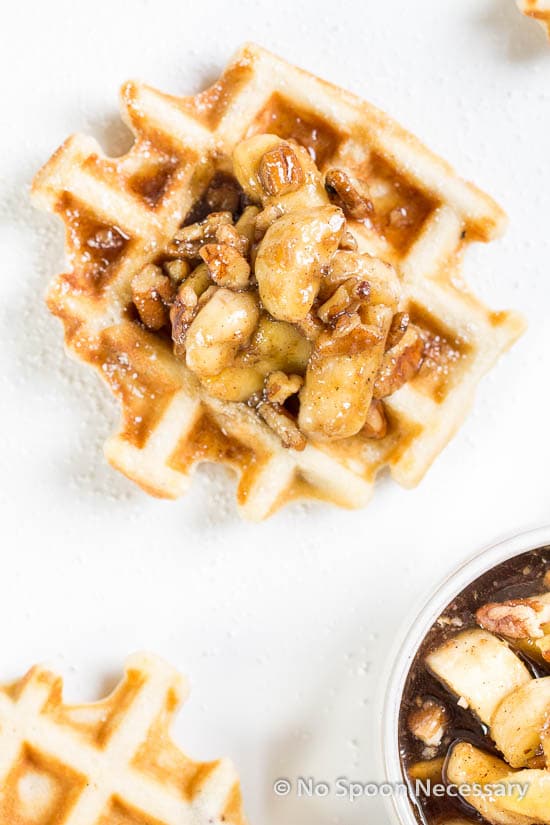 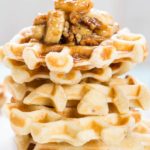 Nutritional information is an approximation based upon 14 servings (waffle + banana topping). Exact information will depend upon the brands of ingredients and precise measurements used. 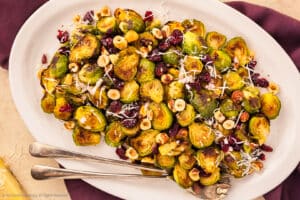 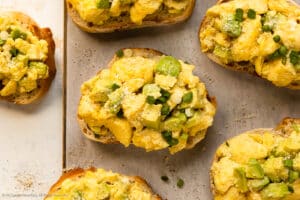 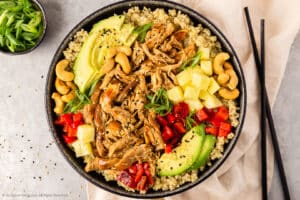 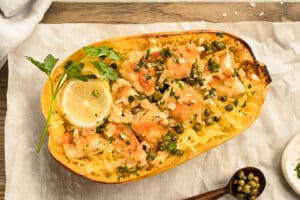 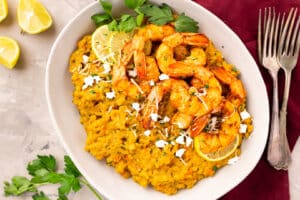 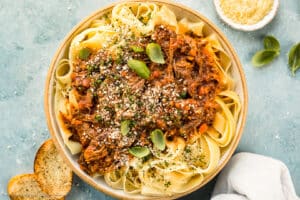